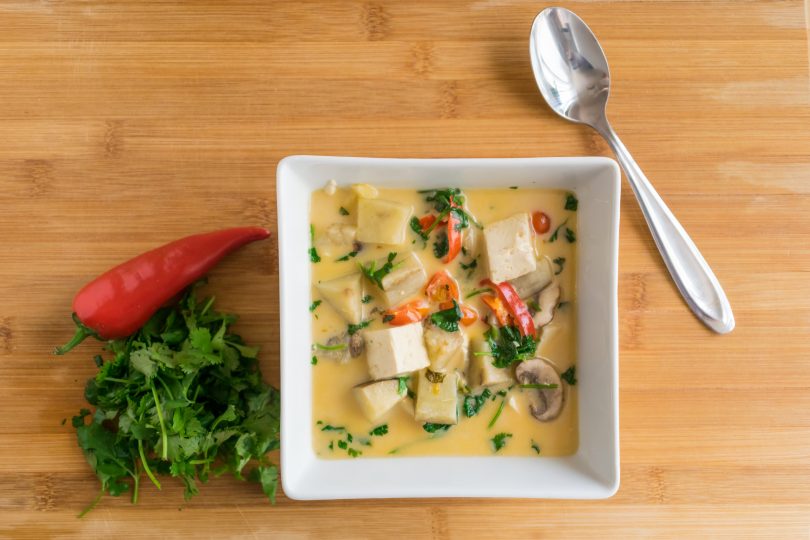 Its fall, and although the weather in Vegas is nothing like the rest of the country, flu season still hits hard. Growing up, my dad would run out to the local Chinese restaurant for their “spicy soup” as soon as someone mentioned a scratchy throat (he also would yell “TAKE YOUR VITAMIN” from the other side of the house if he heard you sneeze). Some things just stick with you. I still run out for spicy soup when I feel a cold coming on, but now I swing by our favorite Thai spot for Tom Kha (minus the fish sauce).

I found a recipe for coconut soup on 8th and Lake that not only looked delicious, it looked really easy to make: chop, throw it in a pot, and simmer. Ready to eat in 30 minutes! I made a few alterations to the recipe for my taste. I have a feeling that our favorite Thai restaurant is going to see a lot less of my husband and me. 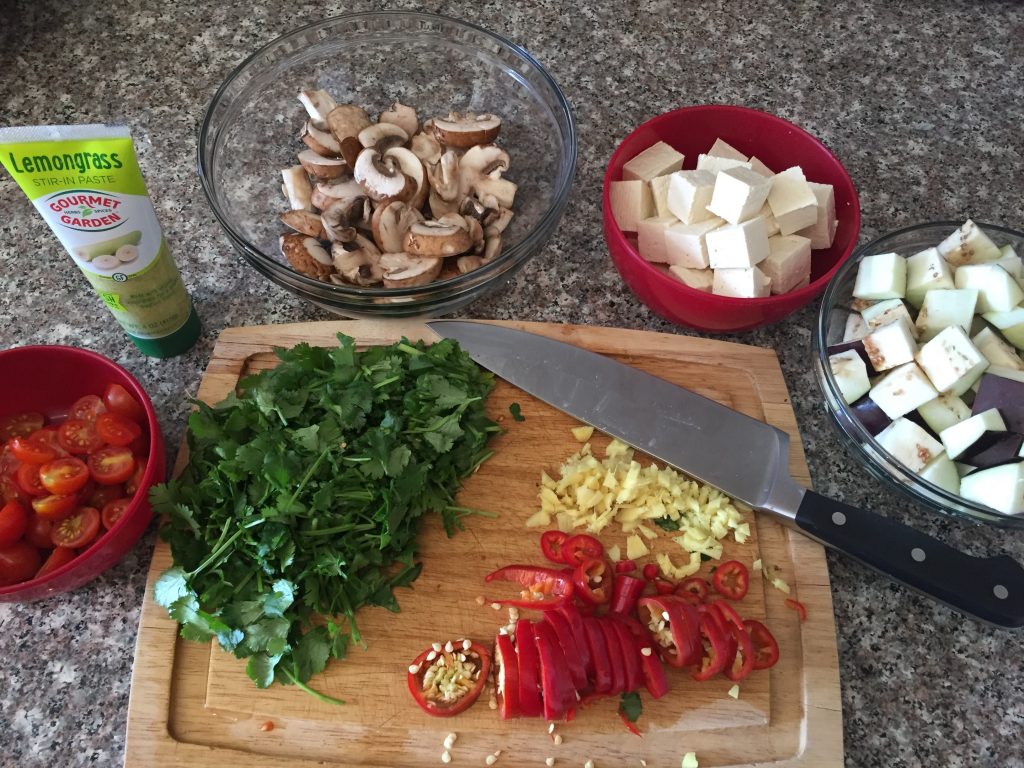 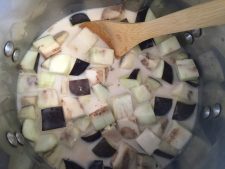 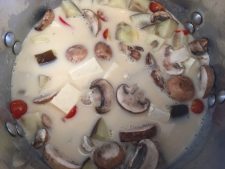 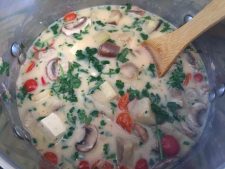 Pour the veggie broth into a large pot and bring to a boil. Carefully, add the coconut milk, eggplant, peppers, and ginger and reduce heat to a simmer. Allow the eggplant to soften and change in color. This will take about 15 minutes. Once the eggplant is mostly cooked, add in the remaining ingredients, sans cilantro, and simmer for another 10-15 minutes to fully cook the vegetables. Take off heat, stir in the cilantro, and add more salt, if necessary. This recipe makes about 6 nice, hearty bowls of coconut soup!